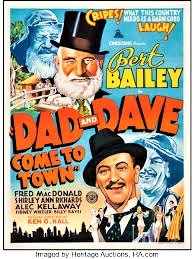 While the world’s first feature film ‘The Story of Ned Kelly’ was made in Australia, dozens of early films captured the hearts of their audiences. We will look at Cinesound classics, including ‘Dad and Dave’, Lovers and Luggers and ‘Forty Thousand Horsemen’, the story of the Australian Light Horse at Beersheba. The enormously successful ‘They’re a Weird Mob’ was credited with reviving the Australian film industry in the 1960s and the US-Australian co-production of ‘On the Beach’ brought Hollywood stars to Melbourne.

Retired from full-time teaching and residing in Noosaville, Zana enjoys sharing her passion for history and the arts with audiences of all ages.

In 2018 and again in 2019, Zana joined Royal Caribbean’s Radiance of the Seas as a guest lecturer, providing talks on culture and history while sailing the Pacific Ocean.

Zana has also worked with Oceania Cruises, based in Miami USA as an Artist-in-Residence. During 2012 she co-presented art workshops on cruises in the Mediterranean and the Caribbean. In 2016 she sailed as Artist-in-Residence on Insignia from Sydney to Los Angeles.

In 2016 Zana co-authored a book, ‘The Creative Pulse – 5 steps to stretch your imagination’. Now sold out in Australian bookshops, it is available through Amazon books on line and in local libraries.

EXCURSION CINEMAWORKS 8/5/21Di Lang from the Audio-Visual Group has organised a visit to Cinemaworks If you are interested contact Di direct: Dianne Lang Mobile 0412 638 025Details:DATE: Saturday 8 May 2021TIME: 10 A.M. TO 12 noonADDRESS: Cinemaworks – Kev Franzi 2655 Eumundi Road KenilworthCOST: $10.00 per personLUNCH Maybe some people would like to go to the pub for lunch afterwards in Kenilworth.Kev Franzi will be talking about his new project the “Camera Obscura”.There is a lot to see at Kev’s Movie Museum and he is only too happy to talk about his exhibits.This is a great opportunity as Kev is retiring at the end of the year.TRANSPORT: On the day we should be able to meet at U3A to carpool.Additional Background see - www.cinemaworks.net.au/museum.html ...

COVID-19 Update 30March 2021Masks must be worn for all classes and whilst in Michell House and other U3A noosa venues.Do not attend if been in Greater Brisbane or Moreton region since 20 March 2021. Self-isolate for 3 days.Do not attend if unwell or have any flu-like symptoms. Have COVID test and self-isolate until receiving a negative result.All above apply until further notice. ...
View on Facebook
· Share