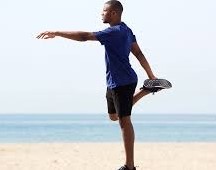 Dr Mark Sayers joined the University in 2005, having worked as a sports scientist since the 1980’s. He has an extensive background in the biomechanics of team sports, technique analysis, and the development of sports specific speed and power.

Mark is an extremely experienced and popular lecturer, having held academic positions in sport science since the late 1980’s. In 2012 he received a national Office of Learning and Teaching Citation and in 2010 was voted one of the top ten lecturers in the country.

Dr Sayers has been a consultant biomechanist and coach for several national and international high profile sporting bodies and is recognised internationally for his work on the key skills in the sport of rugby union. He was the biomechanist and special skills coach for the New Zealand All Blacks between 2000 and 2001 and again from 2004 to 2008 and has been credited as being a key aspect of the team’s success over the past 10 years.

Just be careful everybody because people are starting to go crazy from being in lock down!
Actually, I've just been talking about this with the microwave and the toaster and all of us agreed that things are getting really heated.
I didn't mention anything to the washing machine as she always puts a different spin on everything.
And certainly not to the fridge as he’s been acting pretty cold and distant lately.
In the end the iron straightened me out - she said everything will be fine, no situation is too pressing.
The vacuum cleaner was pretty unsympathetic... told me to just suck it up. The fan was more optimistic - she thinks it will all soon blow over!
The toilet looked a bit flushed when I asked its opinion and didn’t really say anything but the door knob told me to get a grip!!
Then the front door said I was unhinged and the curtains told me to pull myself together! ...

The rice on a chessboard explanation really brings home the logic of the social distancing strategy. ...

Why are we so worried about the spread of coronavirus? Think of rice on a chessboard

There's a reason health officials are so concerned about the spread of coronavirus — and a mathematical problem involving rice and a chessboard can explain it.
View on Facebook
·Share

A little contribution from the Audio/Visual faculty - Many thanks Ingrid ...