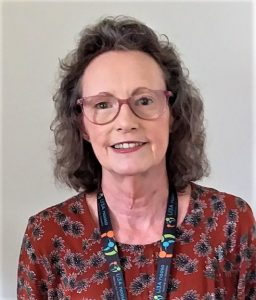 Like so many of those involved with U3A noosa, our Secretary, Kathie Jordan, comes with an impressive resume.

She had a long and successful career in Sydney, working for some of the biggest names in financial markets, including CBA and private broker Bell (now Bell Potter).

Says Kathie, who was born in the north Sydney suburb of Cammeray: “I always worked in operations, rather than on the trading side. Working at a high level in the financial sector meant a total focus on the job, sometimes with 18-hour days.  The companies I worked for ran 24-hour trading desks in markets such as Futures,  FX,  CFD’s and international equities.”

Such demanding and challenging roles meant she had little time to develop interests outside work, but travelling was – and remains – a passion and Kathie has had many holiday adventures, especially during her 20’s and 30’s, when she travelled extensively for pleasure and also for work.

In more recent years, she stepped back from her high pressure lifestyle and in a complete change of direction studied for a diploma in aged care and worked and volunteered as a lifestyle/leisure officer.

Life became more peaceful still when Kathie and her husband Les, who also worked in financial markets,  moved from Sydney to Tewantin nearly three years ago … “for financial and also climate reasons. We got out of the damp and winter cold of Illawarra into the heat and humidity in Queensland. Perhaps there’s no perfect climate,” laughs Kathie.

Having time to travel was another incentive for retirement to the Noosa region but Kathie quickly realised she would also need to find new channels for the skills she had acquired over many years.

“I walked past Michell House one day and it happened there was an Open Day taking place. I met Liz Gleghorn, who is now our President, but at that time was Reception coordinator, and offered to work on Reception. Soon after I was asked to take on the position of Secretary to the management committee, which is a good fit with my background.

“The role of Secretary involves taking the minutes at committee meetings, sending out reports, regulatory reporting and writing correspondence. I do everything I can to support the President and lighten her load.”

And with this in mind Kathie’s expanded “U3A portfolio” now includes coordinating Reception, a job Liz retained when becoming President, in the hope that shortly she will be able to relieve Liz of this time-consuming task.

Kathie had long known about U3A as a global organisation and she is delighted she found an active local branch, where she has made many friends.

“U3A does so much for a community, wherever it is, but I think here in Noosa, where we have so many retirees, it is especially valuable. It does take up quite a lot of my time but overall I think that’s a good thing because it has made the transition from work to retirement an easier path.”